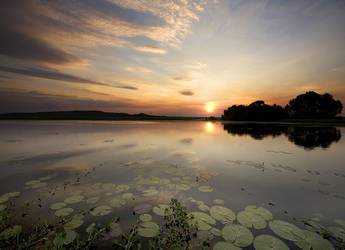 6
This tour has the capacity for 6 people

Kakadu and the North | Slow Tours

Darwin is the capital of Australia's Northern Territory and a former frontier outpost. It's also a gateway to massive Kakadu National Park. Its popular waterfront area has several beaches and green areas like Bicentennial Park. Also near the water is the Museum and Art Gallery of the Northern Territory, displaying Southeast Asian and Pacific art, plus a pearling lugger and other seafaring vessels

Kakadu is an enormous, biodiverse nature reserve in the Northern Territory. With terrain encompassing wetlands, rivers and sandstone escarpments, it is home to some 2,000 plant species and wildlife from saltwater crocodiles and flatback turtles to a huge number of bird species. Aboriginal rock paintings, dating to prehistoric times, can be viewed at sites such as Nourlangie, Nanguluwur and Ubirr.

Arnhem Land is a vast wilderness area in the northeast corner of Australia’s Northern Territory, defined by rocky escarpments, gorges, rivers and waterfalls. It's home to the traditional landowners, the Yolngu people, and permits are required to visit. Aboriginal bark paintings and didgeridoos are displayed at the Injalak Arts and Craft Centre in Gunbalanya, while nearby Injalak Hill is an ancient rock art site.

This peninsula is part of Garig Gunak Barlu National Park, which also encompasses a few islands. Mostly a tourist attraction, it is known for its pristine wilderness. It is home to a large variety of sea life and the world's largest herd of pure-strain wild cattle, called banteng.

Alice Springs is a remote town in Australia’s Northern Territory, halfway between Darwin and Adelaide, both 1,500km away. It’s a popular gateway for exploring the Red Centre, the country's interior desert region. Some great features to explore are the School of the Air, the Flyign Doctor Service and several good art exhibtions. The important history of the Alice Springs Telegraph Station Historical Reserve gives a good backfground of the foundation of this uniqe township.

Uluru, or Ayers Rock, is a massive sandstone monolith in the heart of the Northern Territory’s arid "Red Centre". The nearest large town is Alice Springs, 450km away. Uluru is sacred to indigenous Australians and is thought to have started forming around 550 million years ago. It’s within Uluru-Kata Tjuta National Park, which also includes the 36 red-rock domes of the Kata Tjuta (colloquially “The Olgas”) formation

best destinations for tours in Australia

Enter your email address and we will deliver your "" brochure straight to your inbox.